Bout of Books I am so excited to be part of the Bout of Books readathon (starting TODAY!!!!). This is the 17th round of Bout of Books, and I want to try and get 7 books read and 7 reviews written/edited/posted. We shall see... If you want to try and participate, visit Bout of Books and sign up today! It's free, so why wouldn't you? There are some awesome people and you're sure to hear about some ... END_OF_DOCUMENT_TOKEN_TO_BE_REPLACED

Cynthia at Book Binges is hosting a Villain Mash Up, wherein two of your 'favorite' villains duke it out. Here are the rules: Pick villains from two different books that you would love to see fight each other. It can be from any genre and it doesn't even have to be a physical fight. It could be a verbal one as well. Give a short reason why you think these villains should fight each ... END_OF_DOCUMENT_TOKEN_TO_BE_REPLACED 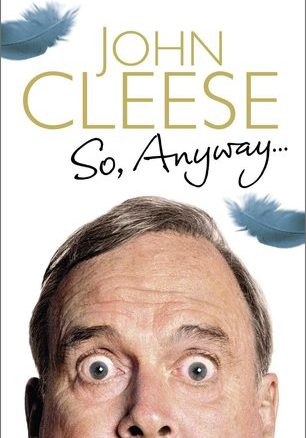 There are stories that I was indoctrinated into the world of British comedy very early on in life. I remember lots of British humor, but none was as familiar to me as that of John Cleese--whether it be Monty Python, Fawlty Towers or A Fish Called Wanda. In fact, when I moved to college, Cleese's Ministry of Silly Walks was one of the first posters I ever bought--and was up on my wall for longer ... END_OF_DOCUMENT_TOKEN_TO_BE_REPLACED 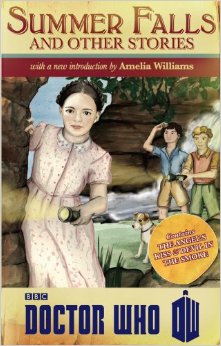 I saw a copy of this at my local big box bookstore and decided I didn't want it because we weren't yet caught up with the show. However, when Kindle offered it as one of their daily deals, I picked it up because I knew I would be reading it at some point--I LOVE that sometimes Amazon's daily offers just get me. Amelia Pond, best known as Amy Pond (the girl who waited) from the Who franchise ... END_OF_DOCUMENT_TOKEN_TO_BE_REPLACED 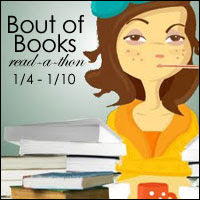 It's that time again! Bout of Books time, of course! What is bout of books? Check out this blurb from the site: The Bout of Books read-a-thon is organized by Amanda @ On a Book Bender and Kelly @ Reading the Paranormal. It is a week long read-a-thon that begins 12:01am Monday, January 4th and runs through Sunday, January 10th in whatever time zone you are in. Bout of Books is low-pressure. There ... END_OF_DOCUMENT_TOKEN_TO_BE_REPLACED